The house, located at 503 North Genesee Street in Waukegan, Illinois was built in 1859 by Robert C. Earle. Earle purchased the plot of land for $100 from a man named Robert Douglas in what was once called Little Fort (now the city of Waukegan). There is speculation that the house was once part of the Underground Railroad, as there are several structural indications as well as a hidden space in the basement that could have been used to shelter runaway enslaved people. While the house has passed through numerous hands over the years, quite a bit remains of the original details. Ms. England has paid special attention to maintaining what historical elements that have endured, all the while endeavoring to replace some of the former grandeur to the manor. 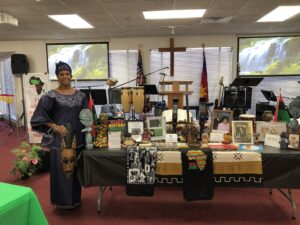